Let’s be honest folks, where else can you make over $7,000 in 3 hours on a Friday. We went in cautiously less than an hour after the New York opening session. All signals indicated a sell short (down) trade. We even waited for some light or space between the two custom EMA’s going through the candles. No rushing no nervousness and we exited the trade 3 hours later on the opening of the first candle after the reverse arrow and audio/text box signal. Even if you were just starting out and couldn’t afford a standard contract, one could have opened a 1/2 contract and made enough to take a good profit and then have enough to trade standard contracts afterwards. Is that awesome cool or what? You can continue reading or just scroll on down to the big orange button, click on it and get this complete trading system dirt cheap, it’s a real steal. See’ya on the other side!

I originally designed this system as a 100+ pips ($100+) scalper and it will do that but it turned out to be much more as you can see above and will see below. Actually quite awesome! I would pit it against any much higher priced system on the net.

I’m excited to introduce you to my new forex gold scalping system. My reason for creating this specialized new trading system is that because of the Chinese, Japan and other weaker economies, gold has the perfect volatility for easy 100 pip scalping. It also looks like it could continue for quite awhile. Investors, especially those from the Oriental countries have always favored gold as a solid investment and now, because of the situation I explained above, even more so. This is the why, now let me show you as a trader how you can greatly benefit from all this while having fun for 2 or 3 hours per day. Also, if you don’t mind monitoring your trade for an hour or two, you can close many of them for much more than 100 pips, in fact 800 to 1200 pips (ie: $800. to $1200 on a standard contract) are a reality in many cases as you will see on some of the charts below.

Another benefit is that there are great trades just about anytime of the day or night but as with most systems, some of the best trades are the first few hours of the London, New York and Tokyo openings. This phenomenon makes it an awesome scalping system no matter which part of the world you live in. OK. let’s get down to business. The first chart is during a recent New York market open. I am going to also explain exactly how a valid trade with great potential and over a 90% chance of being a winner looks like. There is absolutely no need to take any risky trades.

Ok, what we have here are 4 easy win scalping trades on the the first 3 and 1/2 hours of the New York forex gold session. Notice, for practical purposes I show entering each at the very opening of the candle but realistically you could have been slow entering up to as much as 100 pips and still won the trade. How’s that for flexibility? OK, I want you to understand a valid winning trade completely before you even decide to purchase this system.

That’s about it, if all line up, you will very seldom lose a trade. Also, don’t be intimidated as I assure you all this can be done in a few seconds after a little practice.

Now, on a full contract, each 100 pip scalp will be $100. profit. On a 1/2 contract, it will be $50. each scalp. There is usually quite a broker spread with gold trades so I suggest as always that you start with a free demo account to get the feel of the system. Then you could fund your account with a few hundred dollars and start trading less than a full contract until you have at least $1000. in your account with your profits. Then you should be ready to hit it hard. Of course, depending on your experience and risk tolerance, you might move faster or slower. Don’t worry, the markets will always be there for you, they are not going anywhere. Alright, lets look at some other charts. Next 3 will be London, New York and Tokyo all in the same day.

Four nice little trades in less than 3 hours. Notice the space between the 2 lines going through the candles. Very, very important to avoid losers. Wait for the space or lose the race. 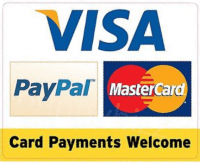 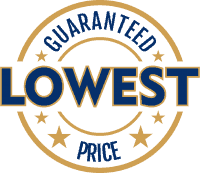